In the last years ASTERISC has organized a number of interesting seminars and congresses all related to the research topics of the group. The list below shows the diversity of events:

SEMINAR ‘DISCOURSES, ACTORS AND CITIZENS IN THE COMMUNICATIVE CONSTRUCTION OF CONFLICTS’

Last October 2018, the management team of the Catalan Journal of Communication and Cultural Studies, the Universitat Rovira i Virgili, the Faculty of Letters of the URV, the URV/Repsol International Chair of Excellence in Communication and the Association of Political Communication organized the seminar ‘Discourses, actors and citizens in the communicative construction of conflicts’.

This meeting, which brought together experts, students and researchers interested in political communication, served to present the call for papers of the special issue 11.2 of the CJCS, which will be published in the fall of 2019 and will focus on the analysis of political conflicts. This special issue will be co-edited by Dr. Marta Montagut (URV), Dr. Carlota Moragas-Fernández (URV) and Dr. Alain-G. Gagnon (Université du Québec à Montréal).

The seminar had the interesting interventions of Dr. Cristina Perales (UPF), who gave the conference ‘The Catalan political situation in the international press’; Dr. Marc Esteve del Valle (University of Groningen), who spoke about the Catalan case through the conference ‘Social Media and Political Polarization: the Catalan Case’; and Dr. Marina Dekavalla (University of Sussex), who gave the conference ‘Framing referendum campaigns in the news’. The act concluded with a joint discussion on the communicative construction of political conflicts.

NARCÍS MASFERRER, THE GREAT SPORTSMAN
Seminar commemorating the 150th anniversary of the birth of the patriarch of Spanish and Catalan sports
April 18, 2017

Despite his impressive resume, Narcís Masferrer is today a figure almost unknown beyond the circles specialized in the history of the sport. On the occasion of the 150th anniversary of his birth, this seminar was intended to rescue his memory and give him a more than deserved tribute.

SEMINAR AND POSMEMORY OF FRANCOISM: CONTEMPORARY REPRESENTATIONS IN THE CINEMA, LITERATURE AND THE MEDIA
January 28, 2016

The event served to publicly present the first results of the research project "Memories in Second Degree: Post-Civil War, Francoism and Democratic Transition in Contemporary Spanish Society" (CSO2013-41594-P), funded by the Ministry of Economy and Competitiveness and coordinated by Professor Laia Quílez. 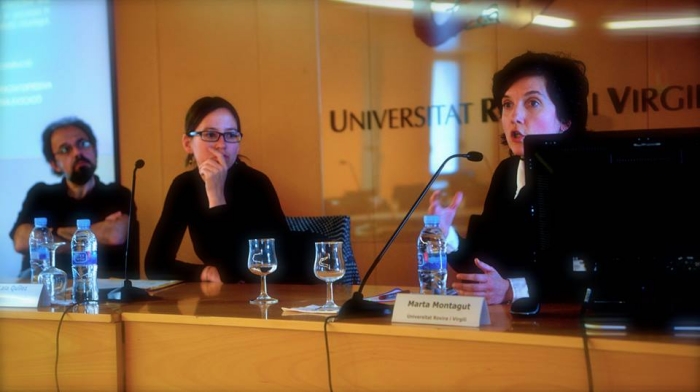 In this second meeting, the presentation of the results of the project coordinated by Professor Laia Quílez was expanded.

The celebration of the Seminar "The role of metaphor in the construction of conflict in the public sphere (media, institutions and citizens)" took place as a closing of the R & D project METAFPERCOM, led by Dr. Arantxa Capdevila. This project aimed to analyze how institutions and the media use the metaphor as a discursive tool to influence the perception that citizens have on conflicting sociopolitical issues. 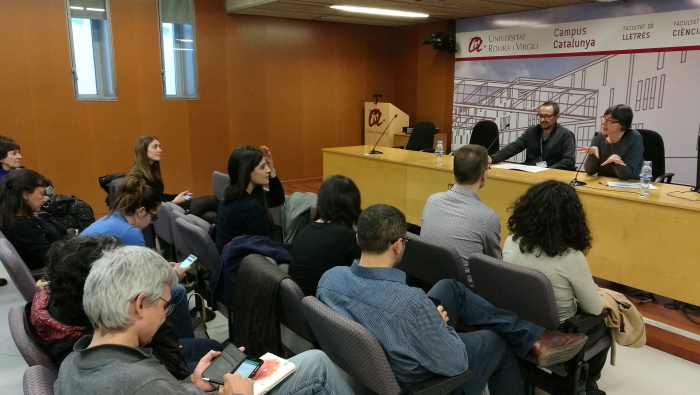 The day was organized as part of the project funded by the Ministry of Economy and Competitiveness with the title: "The role of metaphor in the definition and social perception of Conflictive issues: institutions, media and citizens" (CSO2013 -41661-P). Framing and metaphors were the focus of the presentations and discussion of the seminar, which was attended by international speakers and from the URV.

The Department of Communication Studies of the URV hosted the ECREA symposium on gender and communication. Dr. Richard Dyer, Professor of Film Studies at King's College London opened the symposium with the conference "Only White Men: Serial Killing in European Cinema".

The goal of the day was to place analogue games at the same level as video games in an academic setting. For more than four hours, nine experts from different areas explored in three roundtables the connections that exist between analogue games and video games, giving prominence to their communicative dimension.

More than fifty people among students, teachers and professionals from the audiovisual world gathered to know everything that connects dance with communication. The day was born of an initiative of the student of Communication Studies of the URV, Marta Arjona, who is dedicated to the production of videodance through its business project DansPXL. 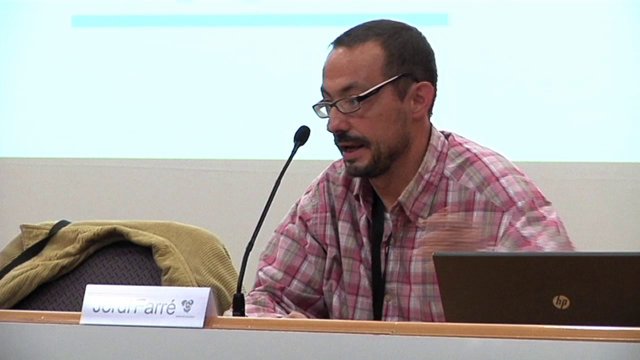 The Spanish Association of Communication Research (AE-IC) celebrated its 3rd congress in Tarragona, hosted by the Department of Communication Studies at the Universitat Rovira i Virgili. The meeting was a great occasion for measuring the quality and weight of the field, through the presentation of near four hundred communications.

The conference theme was 'Communication and Risk' and the invited keynote speaker in charge of it was Professor David L. Altheide (Arizona State University), who presented a speech entitled 'Shielding Risk'. Armand Mattelart was also present at the conference, in which homage was devoted to Roman Gubern.

The congress aimed to bring together scholars researching the processes of national identity building in relation to television narratives and the ways in which national identity is reflected in and itself influences television programs in content and form. Thus, this event was an opportunity to strengthen international relations in a field in which scholars often work solely or primarily within their own national social, political and media contexts. 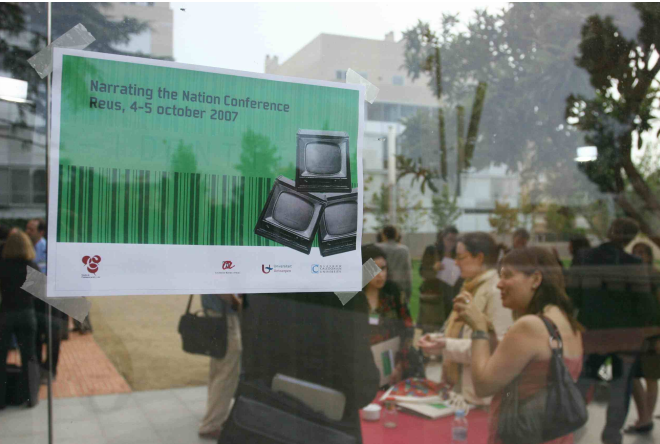 After a successful and exciting first edition at the University of Minnesota, USA, the Symposium moved to Europe with the aim of broadening the research traditions sharing experiences. The goal was to provide an examination of current practices and an opportunity for reflection on future directions new media research methods might take.